Benefits Of Learning A Foreign Language 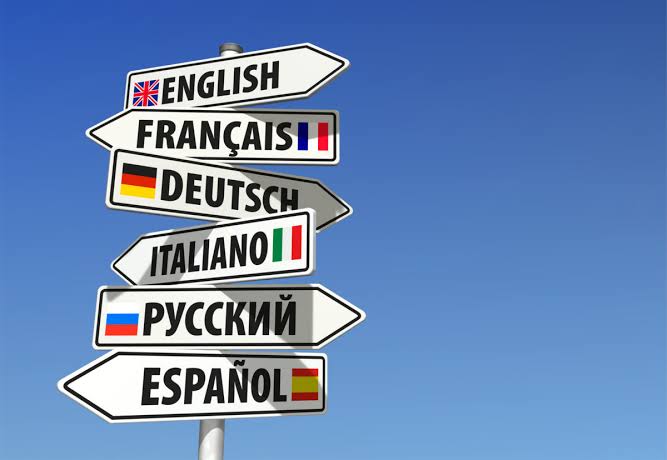 Benefits Of Learning A Foreign Language
By Tobi Gbadamosi

Learning a foreign language is one thing many talk about, being decisive and indecisive whether they should learn or not. Many love it when they hear another person (their friends, colleagues, neighbors or even a stranger) communicate in another language and they become surprised and that spurs their curiosity. As the world is becoming more inter-related through business, sports and technological advancement and religion. It is now becoming much more important than before to become bilingual if not multi-lingual. Below are just a few of the many benefits of learning a new language.

It Boost Your Career Opportunities
The world is becoming a global village where everybody seems to be connected right where they are. What that means is that, every company owner wants to have a presence in other countries. Multi-national companies are springing up everywhere now. So it is very important for anyone who wants to go places in his or her career to be at least bilingual. There was once a major African Anglophone telecom company who wants to have an international presence in a francophone country. The company’s management had to go through the existing work force C.V. in the Anglophone country and check for those who could speak French. Such people were promoted and transferred to the francophone country and they were being paid in dollars as opposed to the previous local currency. Therefore, as you can see from this story that learning how to speak more than one language could open doors unexpectedly. Just by letting people know that you have such an ability, it could open a whole world of opportunities for you. If you are a job seeker, whether locally or internationally, one of the things that increases your chances of securing a lucrative job is the power of an added language.

It Is Important For Traveling
People travel every now and then, and the beauty of a journey sometimes is when you enter a new country of a different language from you and you could communicate in their local tongue. It makes the citizens of that country very happy that you really cherish them to have taken time to learn their language , regardless of your level of proficiency. It makes your sojourn in that country memorable and loving as you tend to meet new people, make new friends and this will be an added advantage to practice your target language effectively because you will have many locals of that country willing to help you. Movement from one place to another will become easier and you will often get help just because you are a foreigner that could speak their language.

It Is Great For Business
Knowing how to speak a foreign language also tends to improve business negotiations. Between doing a business with a foreign person by using his language and doing such in a lingua franca, the former will always feel more at home than the latter. Knowing the language of your foreign business partner gives you some preferential advantages. For instance, if you are into buying of goods from an another country, your lingual ability in this country could give some discounts and some benefits that are exclusively enjoyed by the locals of that country.
Moreover, it breeds trust as foreigner tends to do business more with people who could speak their language compared to those who can’t. This is an added advantage.

It Improves Your Brain Capacity
Studies have repeatedly shown that acquiring a second language improves your brain capacity. It is said that the brains of bilingual( or monolingual ) people work than monolingual speakers. This has some cognitive advantages like: you tend to become smarter. Your reasoning and thinking ability doubles up, because you have challenged your brain to be able to recognize and communicate in a totally different language. Alzheimer and dementia issues are reduced among people who speak more than one language since the brain is usually being stretched. You tend to become more receptive and your ability to make quick and precise decision improves. Results also show that your multi-tasking skills are generally improved also.

It Improves Your Social Life
Relationship is what humans are made for. We are made to relate with one another, hence the need to speak more than one language. Speaking one language limits you to the speakers of that particular language. However, when you can speak more than one language, your numbers of friends increase whether offline or online. Thanks to social sites like Facebook, Twitter, Snapchat, Instagram etc. You could search and find friends of different nationals and make friends with them. You become a more interesting person that foreigners and people generally would love to associate themselves with you. I still remember vividly some time ago when I was in the university. I saw two foreigners buying some items, so I thought to myself that I will approach them. I said to myself that if they don’t speak French, they must Spanish or Italian or at least one of the languages I speak. I approached them while some on-lookers could not. We spoke a little in English, then greeted in Spanish, Both of them male and female got super interested in me. They started asking me how I learnt the languages that I was good. They told me about themselves too, that they are students who came on a research visit. Before I knew many other people gathered around us, seeing me communicating fluently with a foreigner. And I became more respected in their eyes from that day forward.

Your Self-confidence Improves
Self-confidence is a very attractive trait. We tend to easily get drawn to people who are sure of themselves. Self –confidence is a product of having mastered a skill. Therefore, learning and mastering a foreign boost your self-confidence. You must have overcome many hurdles and difficulties in mastering a new language. Now , seeing yourself speaking fluently what others term as difficult gives you some level of confidence. You see yourself as a privilege one. The rare among many common. You tend to talk, walk and appear differently, because you are uncommon. Studies also show that you tend to be more eloquent due to many grammatical rules and vocabularies from the source language to your target language you must have learnt. This in turn affects your communication skills which lead to more confidence in other areas of life. Hence, learning and mastering a new language has the power to improve your confidence.

Earn A Living Out Of It
You could actually make money from learning and mastering a new language. There are so many people who would like to learn a new language and need someone to teach them. You could charge them for it. There are other language services like translation, interpretation, voice over etc.These services for examples are what we render here also on this website. You can translate a document for someone and get paid for it. You could be hired as an interpreter by an organization and still make money from it. Voice over artists are still in high demand now, more so in a foreign language.

For Educational Purposes
As a foreign student, it is very compulsory and important to know the language of the country you are going for studies. Most especially, if you are taking courses using that language. For example, if you are travelling to an Anglophone countries like The US, UK or Canada, ypo will need to pass some exams like TOEFL or IELTS as the case may be. Same applies to other languages too.I n some countries, visas will not be issued until you are certified proficient in that language. In other words, having the ability to speak in the language of your target country can even facilitate the visa issuance.

You Could Easily Learn Others
Having spent enough time learning a new language, you must have mastered the processes and techniques which you employed to make it achievable. Since all languages were derived from one main language from the beginning of times. The rule of one could apply to another. What that means is that, you could go for your second foreign language now for it will be easier. Like for instance, learning here at Linguaself.com, we do normally start with basic expressions, then to alphabet, to pronunciation etc. We tend to maintain that pattern purposely for our readers. As this will help them pick up more than one language by themselves. They can easily compare and contrast since the same pattern or scheme of teaching is followed. This means that the more languages you learn, the easier it gets and the less work you do. Or at the very least, you know what to do and not what to do to achieve quick results based on previous experience. This will eliminate any form of unnecessary delay or hindrance, since you have passed the route before. Hence, learning a new language makes the next one easier.

It helps Religious Work
“Go ye into the all the world and preach the gospel to every creature” is the Great Commandment to all Christians. Hence, we have so many evangelists, missionaries yearly, monthly, daily traveling to different countries of the world to fulfill this great assignment. Therefore, it is pertinent for any serious Christian, pastor, evangelist or missionary to learn at least one foreign language. Preaching directly yourself in the language of the people you are reaching out to tend to have more impact on them than when you are using an interpreter. Of course, that doesn’t mean that your message won’t be accepted. However, it becomes more personal and more at home with them when the preacher is speaking directly in their own language. That was even the method that God used in Acts to convince many souls. Therefore, learning a new language will open a new frontier of preaching the gospel to every creature.
So, having read all these, what are you waiting for?
Start immediately by selecting any of the free 6 languages we offer here at Linguaself and begin straightaway to learn. Procrastination is dangerous; the languages are already broken down bit by bit to encourage you to monitor your progress. You are the only one that could stop yourself from becoming bilingual or multi-lingual if you choose to .Start now and reap the benefits later!